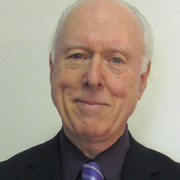 ·   Teaching Certificate (Life Time) in the field of Political Science, State Board for Directors for Community Colleges of Arizona, USA, 1993.

·   Tutor Certification in the field of Political Science and Near Eastern Studies, University of Arizona-Learning Center, USA, 1990.

·   Special Teaching Certificate in the field of Political Science, State Board for Directors for Community Colleges of Arizona, USA, 1991.

·   Certificate of Completion: Graduate Assistants in Teaching Orientation, Arizona Board of Regents (The University of Arizona: Graduate College, 1990).

· Political and Economic Development in the Middle East

· Society of Friends of Scientific Research at Public Universities in Jordan.

·           Write Policy papers to top policy makers in the United Arab Emirates in issues             pertaining to the national security of the UAE and the Gulf Region.

·   Coordinated the tutoring program; 50 staff and over 500 Students.

·   Designed, implemented and supervised the tutorial and study program.

·   Prepared and presented the annual budget.

·   Conducted the faculty evaluation of students.

·   Developed a library system that includes all newsletters and publications from public policy centers in the United States and other countries.

·   Conducted research on the topics of the American Presidency, for Prof. Lyn Ragsdale and American Indian Politics for Prof. David Wilkins (Summer 1991).

·   Middle EastStudiesCenter, Keynote Address” The Professional Experience of MESA in Eight Years, May 24, 1999.

·   Conducted several workshops for Graduate students and faculty on how to use the INTERNET And Research Methodology at Al al-Bayt University (1995).

·   How to be a good Tutor? A Training Session on Teaching Skills to Multicultural Students (Available on videotape): University of Arizona.

Raymond Struyk holds a PhD in economics from Washington University in St. Louis and is …